Everything You Need to Know About Cross-Site Scripting Attacks 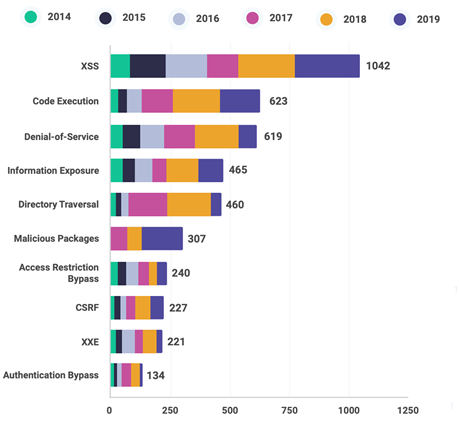 Editor’s note: This is the first in a series of articles on XSS attacks. We’re starting this week with a broad overview of Cross-Site Scripting and will continue in the next few months with more detailed deep-dives on the specific types of XSS attacks. Stay tuned!

When you imagine a cyberattack, what do you think of, exactly? Many of us will conjure up images of a hacker gaining access to our machine and running rampant once inside. Or perhaps you’ll picture a web application being directly targeted via SQL injection or a similar attack vector. However, one of the most common types of website vulnerabilities targets the visitors of a website instead. We’re talking about Cross-Site Scripting (XSS) attacks, which occur when hackers execute malicious code within the victim’s browser.

Just how common are XSS attacks? For starters they’re a prominent item on the OWASP Top 10 Vulnerabilities list. Since 2014, Cross-Site Scripting vulnerabilities have been the most common type discovered on websites:

And if that’s not enough, Positive Technologies found in their 2019 report that over two-thirds of all sites they tested contained XSS vulnerabilities:

XSS attacks can be extremely dangerous to both your visitors and your website. Cross-site scripting attacks target their victims indiscriminately, making them all the more effective for attackers. The hackers simply exploit an XSS vulnerability in the site, which then allows malicious scripts to ultimately be run on the user’s machine. Anyone that visits the site or clicks the links will unsuspectingly be exposed.

So, what are cross-site scripting attacks and how do they work? What are the different types? How can you prevent them? And if you’ve been hacked with an XSS attack, how do you fix your website?

We offers a trial month of service for new customers.* Sign up for your trial offer and instantly have (RapidSSL 30-Day Trial) Certificate.